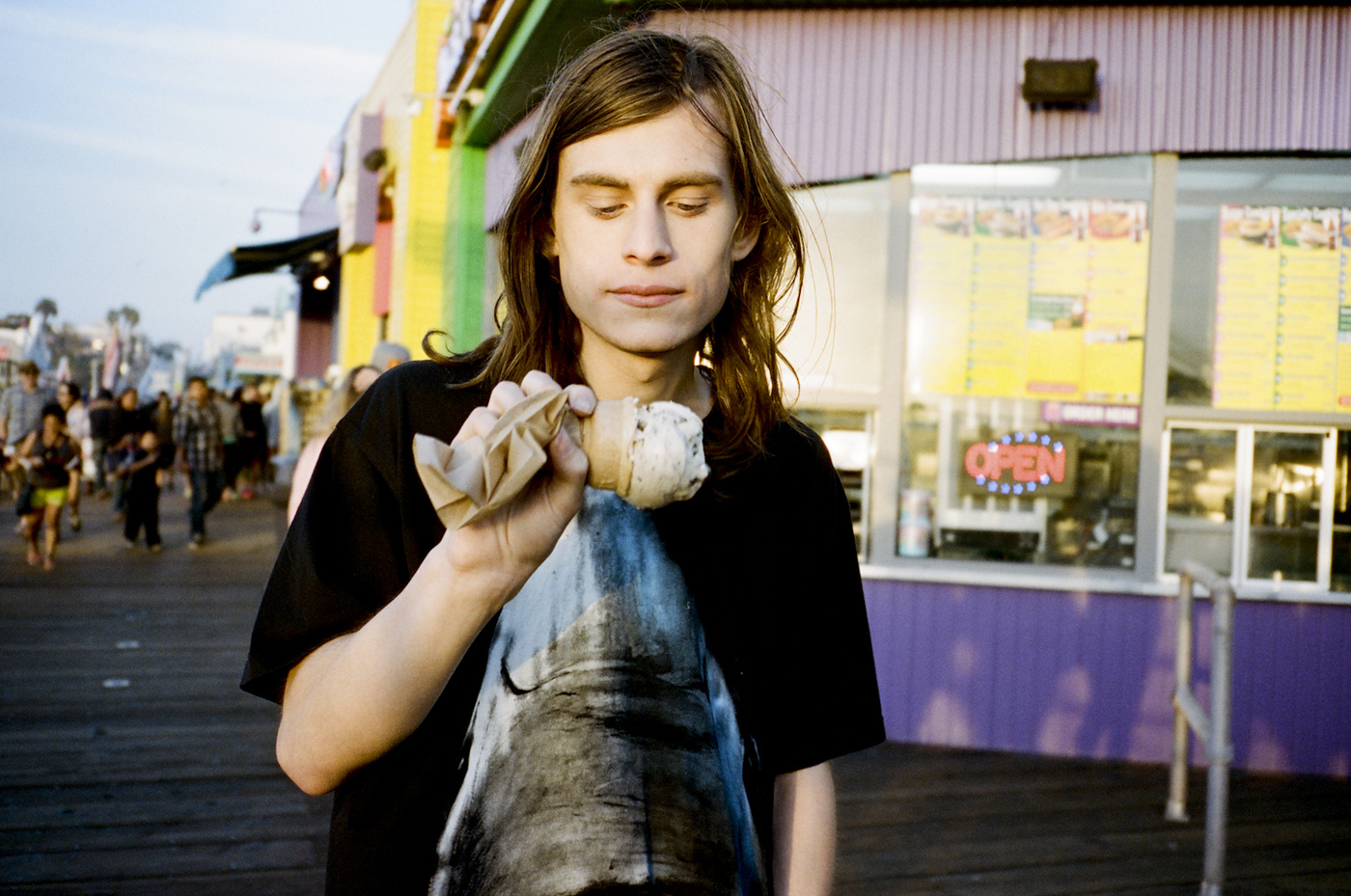 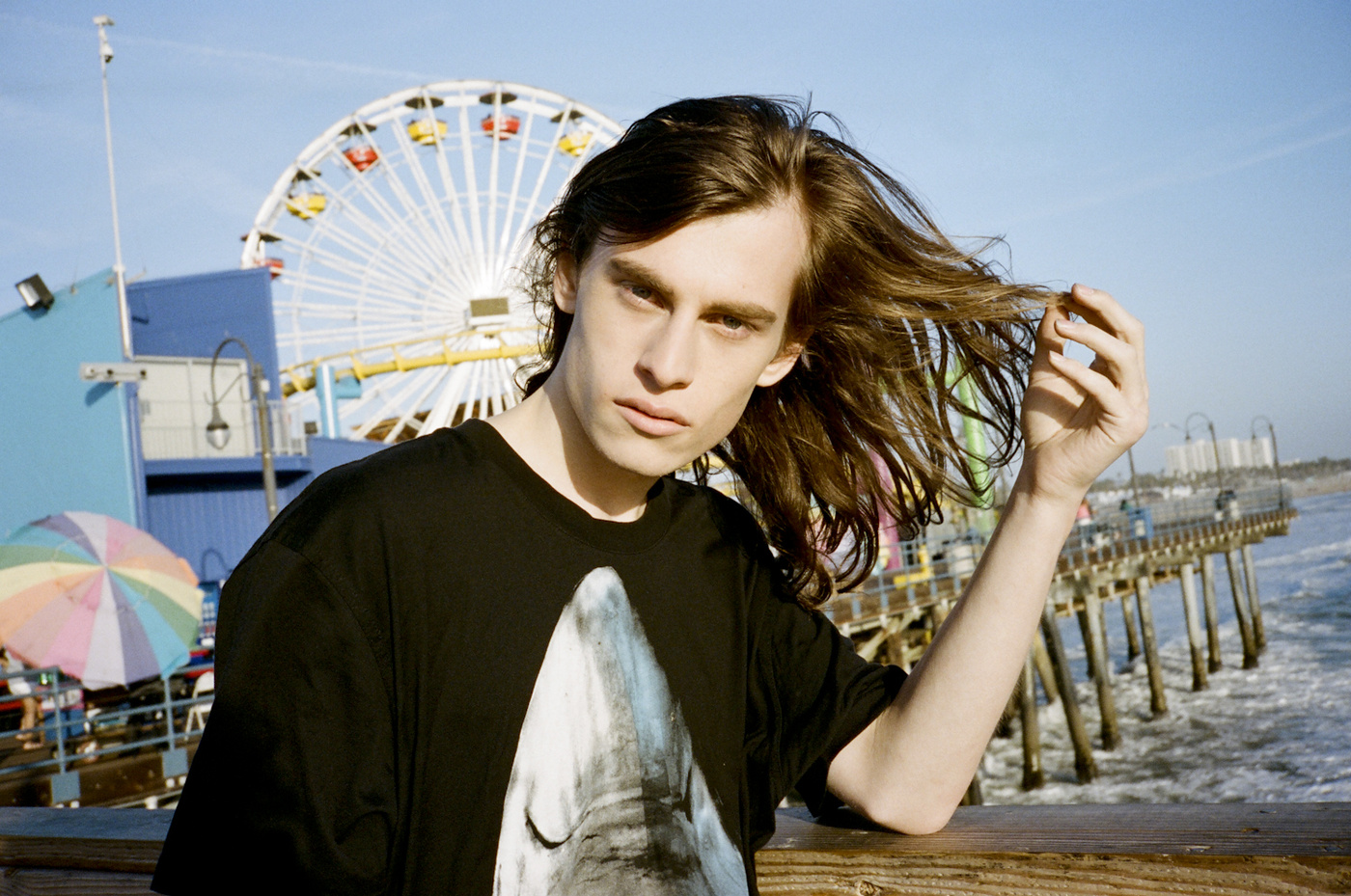 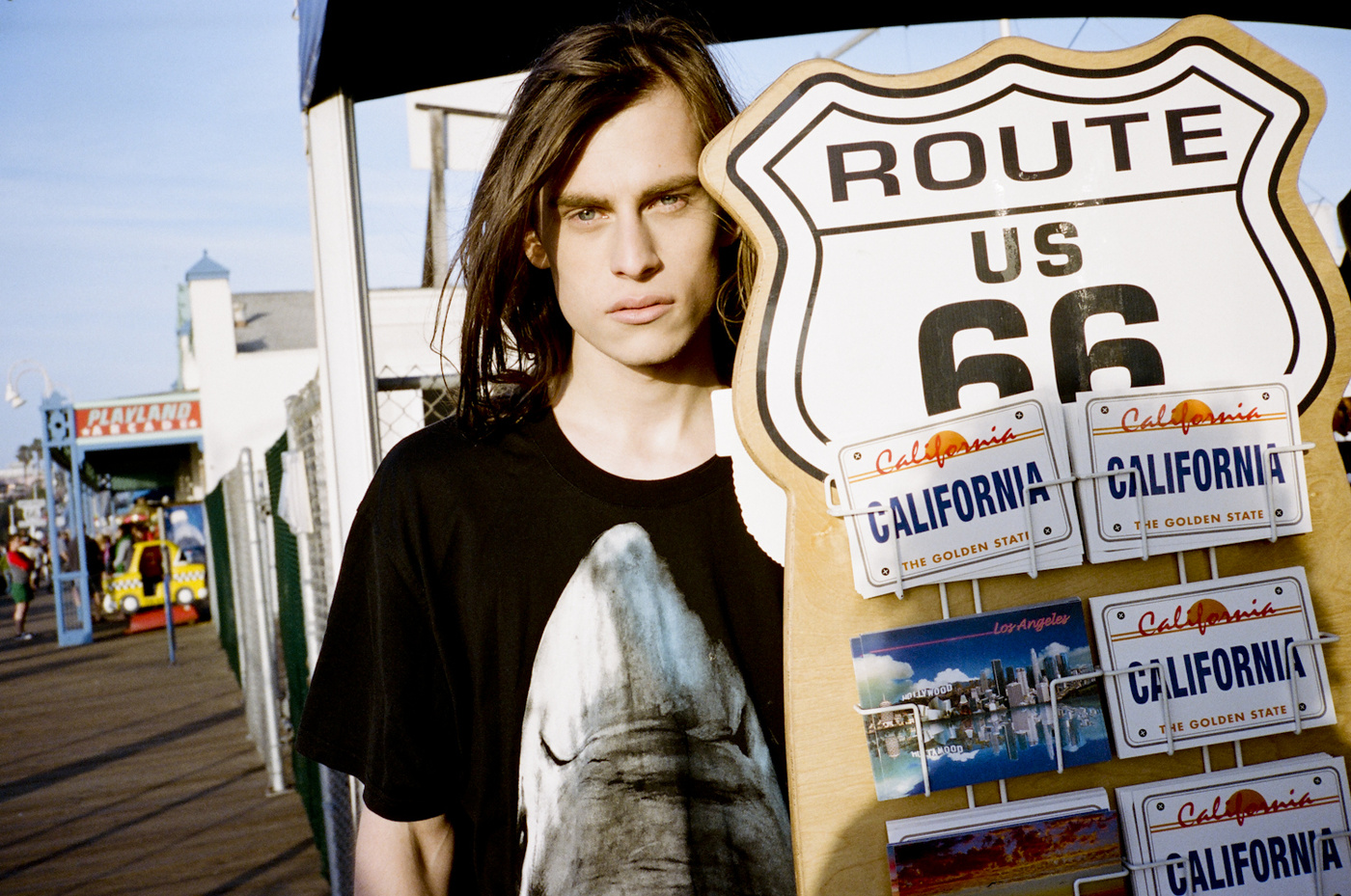 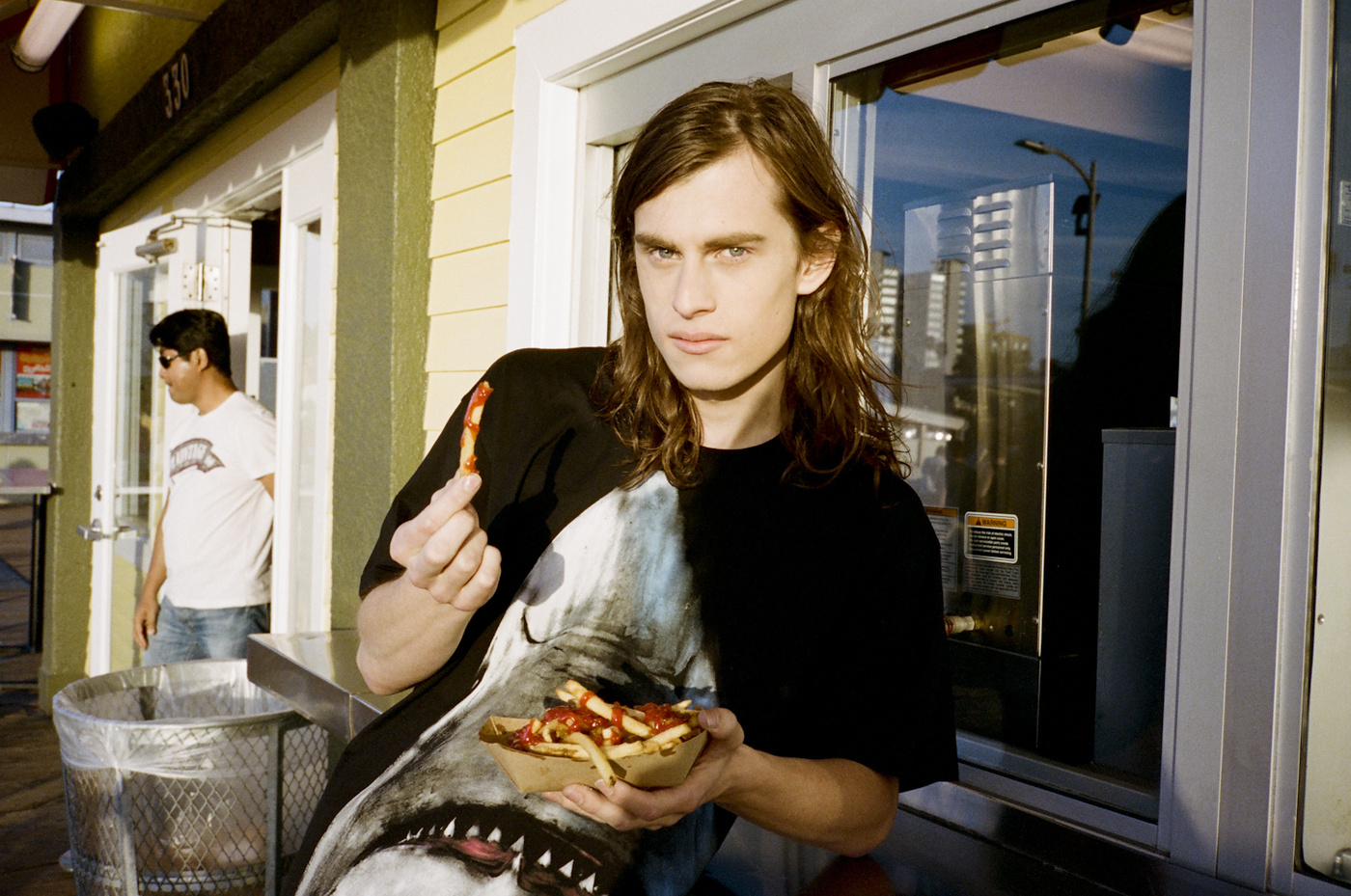 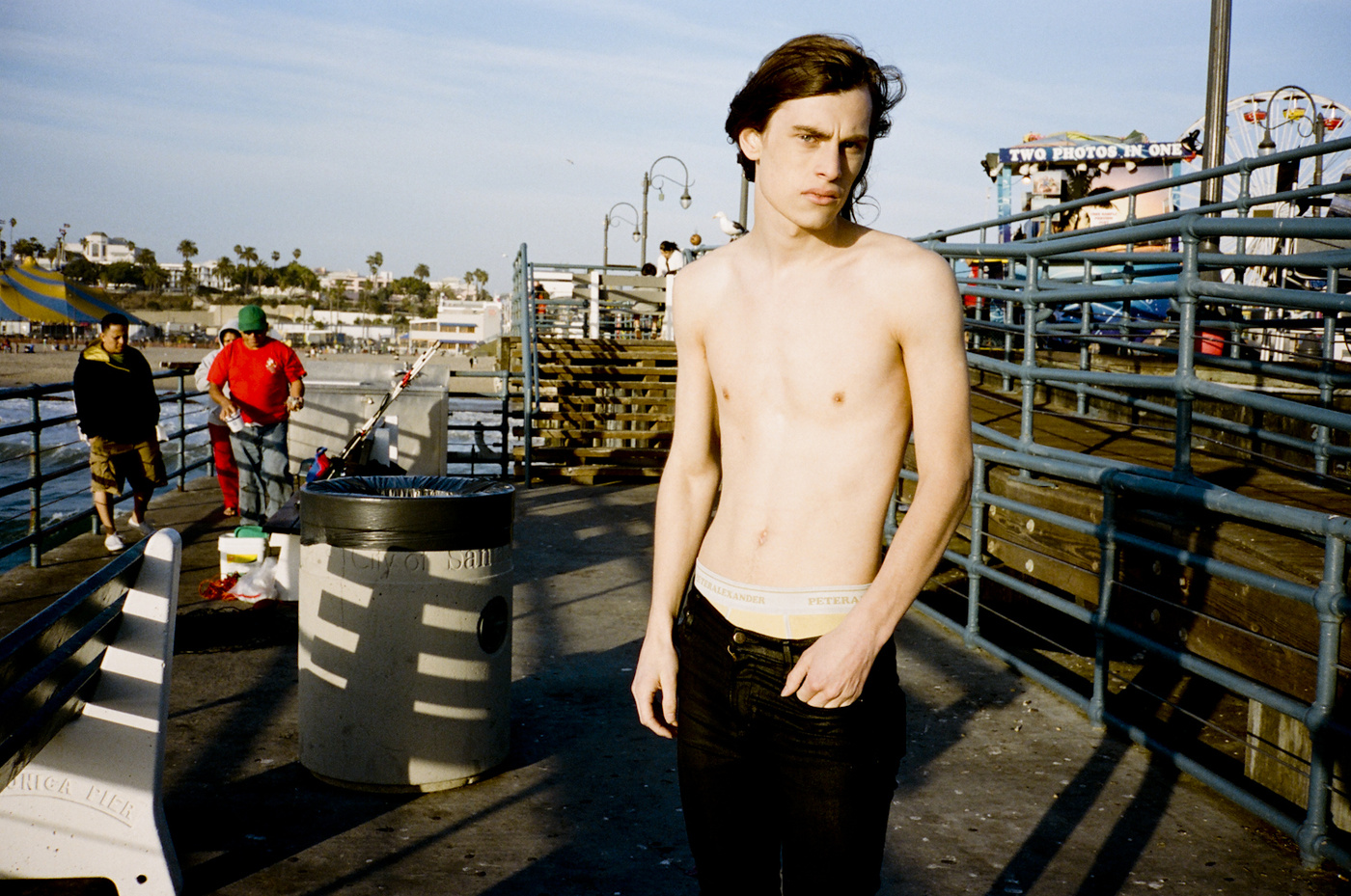 During the Spring of 2014, I took Harry Hains to the exact location where I photographed Joan Jett eating her french fries back in 1977. That was over 30 years ago at the Santa Monica Pier. I had not been back there in decades. Harry ate french fires and also a giant ice cream cone. Seconds after I took the ice cream cone photo, it splattered right onto the pier! It was an epic moment.